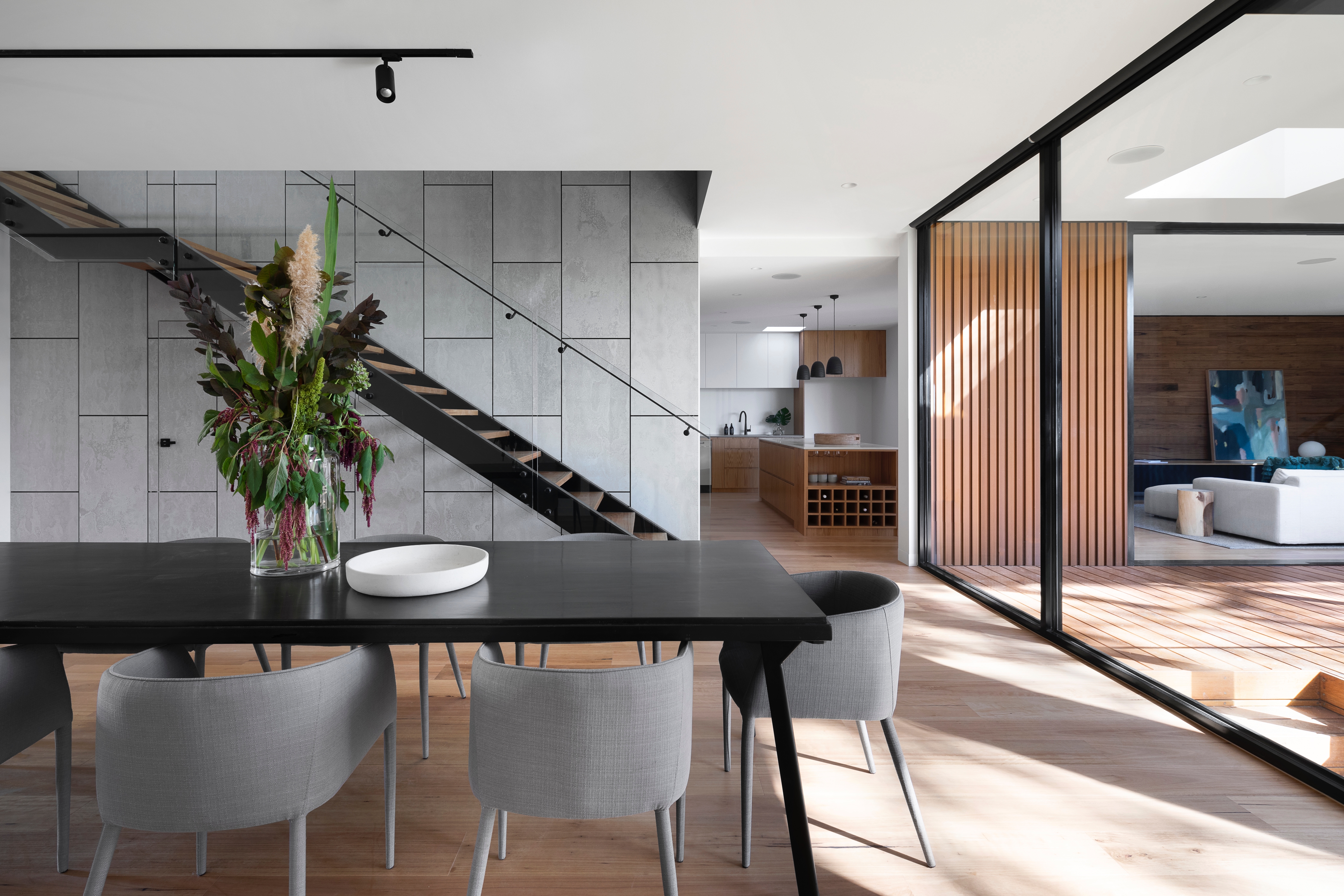 The fire was reported at 3:32 p.m. in the large, upscale house at 1701 Annapolis Dr., just north of Lake Avenue and west of Lehigh Avenue. It is part of The Glen, a subdivision of upscale homes on the former site of the Glenview Naval Air Station.

Fire crews arrived to find smoke and fire coming from the roof. Neighbors told firefighters the house was unoccupied at the time – except for a dog that firefighters rescued. No one was injured.

Firefighters sprayed multiple hose lines onto the second-floor interior of the home, where they encountered heavy fire and partially collapsed roof. Firefighters who initially went inside had to evacuate and stick to defensive firefighting operations from outside the house.

As seen from Chopper 2, two aerial ladders were seen spraying hoses over the house, along with multiple hose lines on the ground. After the fire was largely out, firefighters went back inside the house to put out hot spots and ventilate the house.

The house was left uninhabitable by the fire. Damage estimates are not known.